An inside look at SIAL Middle East 2017 Ehxibition 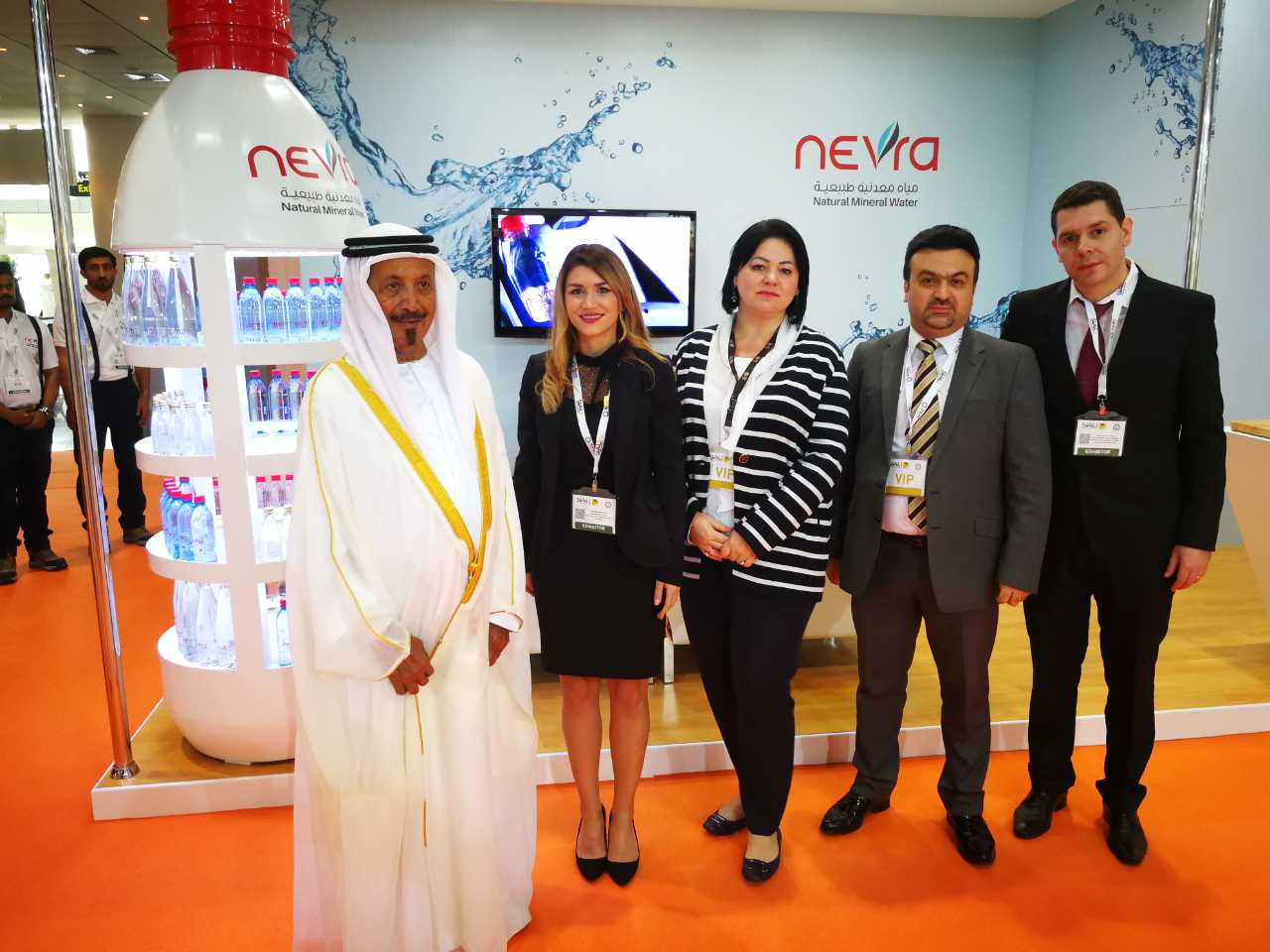 The eighth edition of SIAL Middle East has seen a growth of 28% year-on-year for visitor numbers and Trec International had an opportunity to participate in such event while promoting natural mineral water “Nevra” for Nevra MENA region.

AMS Company, a sole agent for MENA region, used this Exhibition to launch the product on the UAE consumables market and introduce water “Nevra” with public. Public has shown a great interest and we were especially honored by the presence of H.E. Sheikh Mansour bin Zayed Al Nahyan who was very interested in our product. General Manager of AMS, Mr. Wael Al Bukhary had a long conversation with him about the benefits of water Nevra for health.

Products will be available in stores, hotels and restaurants all over major supermarkets in the UAE, GCC, Lebanon and North African regions.